Saturday 16th November from 10am to 4pm

With just over two weeks left for fans to visit the Centenary Exhibition in the Merrion Centre, The Leeds United Supporters’ Trust are proud to announce that The Emirates FA Cup will be visiting the exhibition on Saturday 16th November, from 10am to 4pm. Fans who are attending the exhibition that day will have the opportunity to come along and have their picture taken with the famous trophy which will be handed out again in May to 2019 Winners.
Leeds United last won the FA Cup on 6 May 1972 at Wembley Stadium, it was the centenary final (although only the 91st final due to world wars) and the 44th to be played at Wembley. It was contested between cup holders Arsenal, who had won the Football League and the FA Cup the previous season, and Leeds United, who had won the Inter-Cities Fairs Cup and finished 2nd in the league the previous season.
Fans wanting to come along are encourage to pre-book their required time slot, whilst pay on the door is available it’s subject to capacity on the day, tickets here: https://www.eventbrite.co.uk/myevent?eid=74089241917 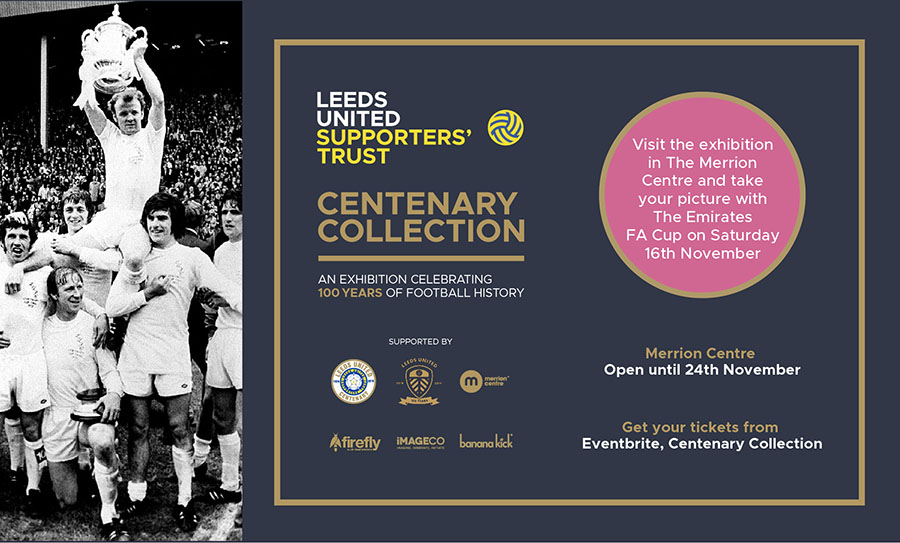