A majestic defender who had made over 130 appearances for Nottingham Forest, before a two year spell at Tottenham Hotspur, March 1989 saw Chris Fairclough arrive in Leeds on loan, then make his stay permanent a few months later.

Together with a side handpicked by Howard Wilkinson, Fairclough would be an ever present in the heart of a Leeds defence which would be crowed Second Division champions in his first season at the club, before clinching the top flight title just two years later.

Did you have any reservations about moving from Division One to Two?

I did initially, because I felt it was a big step to leave Tottenham, a big club in the First Division. I felt that I wanted to prove myself at that club. I thought that I had in my first season there but I knew the new manager had plans to change things and get in the players he wanted. I had to think long and hard about taking the step down to Division Two but when I spoke to Howard Wilkinson and (then chairman) Bill Fotherby, they laid out the big plans that they had for Leeds. The first thing was obviously to get back into the First Division quick, and then do well once they were there. They made that plain and it was left to me to decide whether to take that step down. Fortunately I made the right decision.

You signed for Leeds just days after Howard had signed Gordon Strachan. Did Strachan signing help your decision?

It did because to buy a player of Gordon's quality showed that they were ambitious. It showed that the plans they were trying to sell me were true. They wanted to get some top quality players in and Gordon was the first.

Your first full season at Elland Road was promotion - any distinct memories of that campaign?

The beginning and the end. In the pre-season there was a lot of hype, and a lot of hope that we'd get straight out of that division, which obviously put a lot of pressure on the players and the management. But it was a positive pressure, an ambition that we were looking to fulfil. I remember all the eagerness of the supporters for the season to start. The pressure was immense. Fortunately things went well throughout the season and it culminated with us winning the Championship.

Everyone remembers the Bournemouth game that clinched promotion.

Yeah, it typified the whole season - very nervy because expectations were so high. That followed us all the way through to that last game. We had to win to be guaranteed the Championship. That's what we really wanted. Obviously promotion was first and foremost, but after the season that we'd had, we wanted to go up as Champions. It was a very hot day and thousands of supporters made the trip - the atmosphere was amazing. Again we started very nervously and only really relaxed once Chappy had scored the goal. It all went from there. 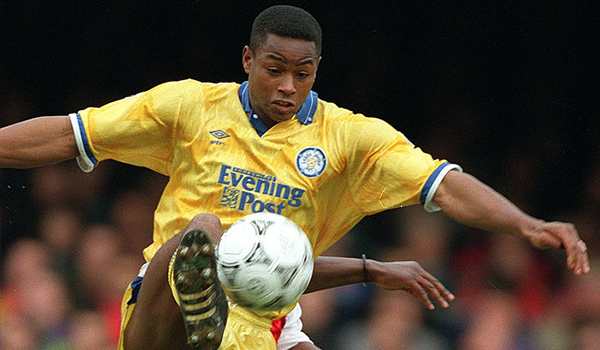 Fourth in our first season back in the top flight was tremendous, wasn't it?

Howard has got to take a lot of credit because he got a great group of players together and we had a fantastic team spirit and a great will to win. We'd had that in achieving promotion, then he added more quality players like Gary McAllister. But I think a major thing was that we played with such a tempo that a lot of teams couldn't handle us. We were a very quick, fit side. We played the kind of football where we went at it 100 per cent throughout the 90 minutes. We didn't play many games were we let the tempo dip. That was important to our style and our success.

The 92 Championship season often feels like a big hazy dream but I do remember you scored against Coventry in the run-in.

Yeah, the race for the title was getting closer and closer, and that header - and subsequent win - continued to put the pressure on Manchester United. We needed to win to do that - they had to go to West Ham to keep up with us. And they lost.

Was there any point during that season when the players turned to each other and said, "We could win this"?

There were times when it was mentioned. I myself didn't really think about it that seriously. I just realised that what we were doing was good - we were playing good football, we were picking up good results. So I thought, let's just keep this going. Even coming runners-up, would have been a great achievement for me - it was only my second full season at Leeds. I just tried to keep a focus on the games, one after another. I think that's the way that the majority looked at it. It was just a case of trying to keep a run going. That's the way I've always dealt  with football, and I still do. It's the best way because it keeps everything in perspective.

Can you describe the feeling when you realise we'd won it?

It's indescribable! We realised we were in with a good chance after the Sheffield United game, and I'd made plans to go home to my parents and watch the Manchester United game with them. A lot of the lads were saying, "Let's go back to Leeds and watch it all together". I wanted to do that but I'd already made my plans and I thought that if I broke those plans, well you know... I was definitely being superstitious! I watched the game with my family and obviously it was a brilliant feeling when we'd definitely won the title. Although I would have loved to have been with the lads who I'd worked with all season to get that far, it was very nice to be with my family, to have my Mum and Dad around me when we'd actually won it. 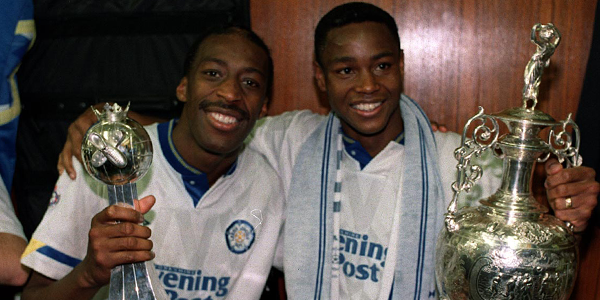 Your partnership with Chris Whyte was instrumental that season; why do you think you two clicked?

Difficult to say - I've always felt that I've played better with a bigger player alongside me. Chris was that main dominant aerial defender, and I would sweep up anything around him. It was good for both of us - we complimented each other well. It was down to Howard who brought us together.

The season after the side finished 17th. Any thoughts why?

We'd worked so hard to achieve what we did, but because we achieved it earlier than we'd expected, we probably didn't have the stability to go on from there. We took our foot off the pedal a little bit too much. We didn't continue with the same urgency and tempo that had served us so well and had given us our success. We didn't have the will to win that we'd had for the previous two seasons. One downfall was obviously that we were the Champions and everyone wanted so badly to beat us. They upped their game and we found that hard to deal with even though it was much the same team who had won the Championship.

You played under Brian Clough earlier in your career at Nottingham Forest. How did Howard compare with Clough?

How do you look back on your time at Elland Road?

I had six years at Leeds, and four-and-a-half of those were good one. As a whole, I enjoyed it - I had a good time. 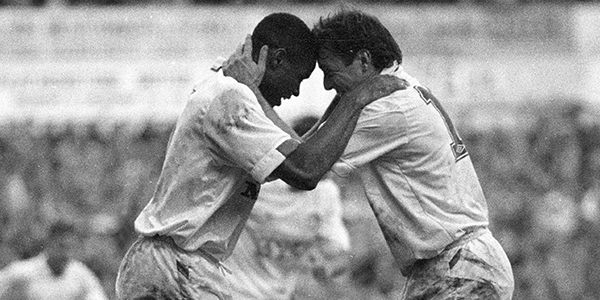