Whites back in league action.

The match will be played at the Leigh Sports Village, which is used for both Rugby and Football matches when required, by a number of different clubs.

The Whites are looking to get back to winning ways after not tasting success in their last five league outings, since a comprehensive victory away at Liverpool.

Jackson’s side do have an impressive record in the league away from home this season. From their five matches on the road, the Whites have won three. During those five matches, they have also scored 12 times.

Saturday’s hosts are just two points above Leeds in the league standings. After not winning any of their opening our matches, Neil Wood’s side then went on a four match winning run to move back up the table, but have now lost their last two matches going into Saturday’s match.

In this tightly contested division, a win for Leeds would see them go above their rivals and take sixth position, of course depending on results elsewhere.

The Reds are looking to close the gap on the teams above them. A win would be unlikely to move them up any places, but points wise they can close the gap to Tottenham and Brighton.

Top scorer for the hosts is Anthony Elanga. The Swedish U21 international has played first team football for his club and has been impressive when called upon in the U23s side, netting four goals up to now.

Joe Gelhardt is still leading the way on six goals for the Whites, but Sam Greenwood is now just one behind in the league standings on five. Max Dean sits just two back, as the 17-year-old has netted three in the league up to now.

The match is available for supporters to attend with ticket details at the bottom of the page. Due to broadcast restrictions, the game is not available to watch on LUTV.

What has Mark Jackson said, ahead of the match?

“It’s one we are looking forward to. We’ve set the target of coming across the pennines to play against Manchester United and hopefully it will be a good occasion. I’ve said to the lads that whoever we have in the team and in the squad that day, our focus needs to be on getting out this poor run of results and getting three points. That’s been our focus throughout the week and as a group we need that spark, there is no better place for that to come than against Manchester United on Saturday, so the boys will be ready for that.” 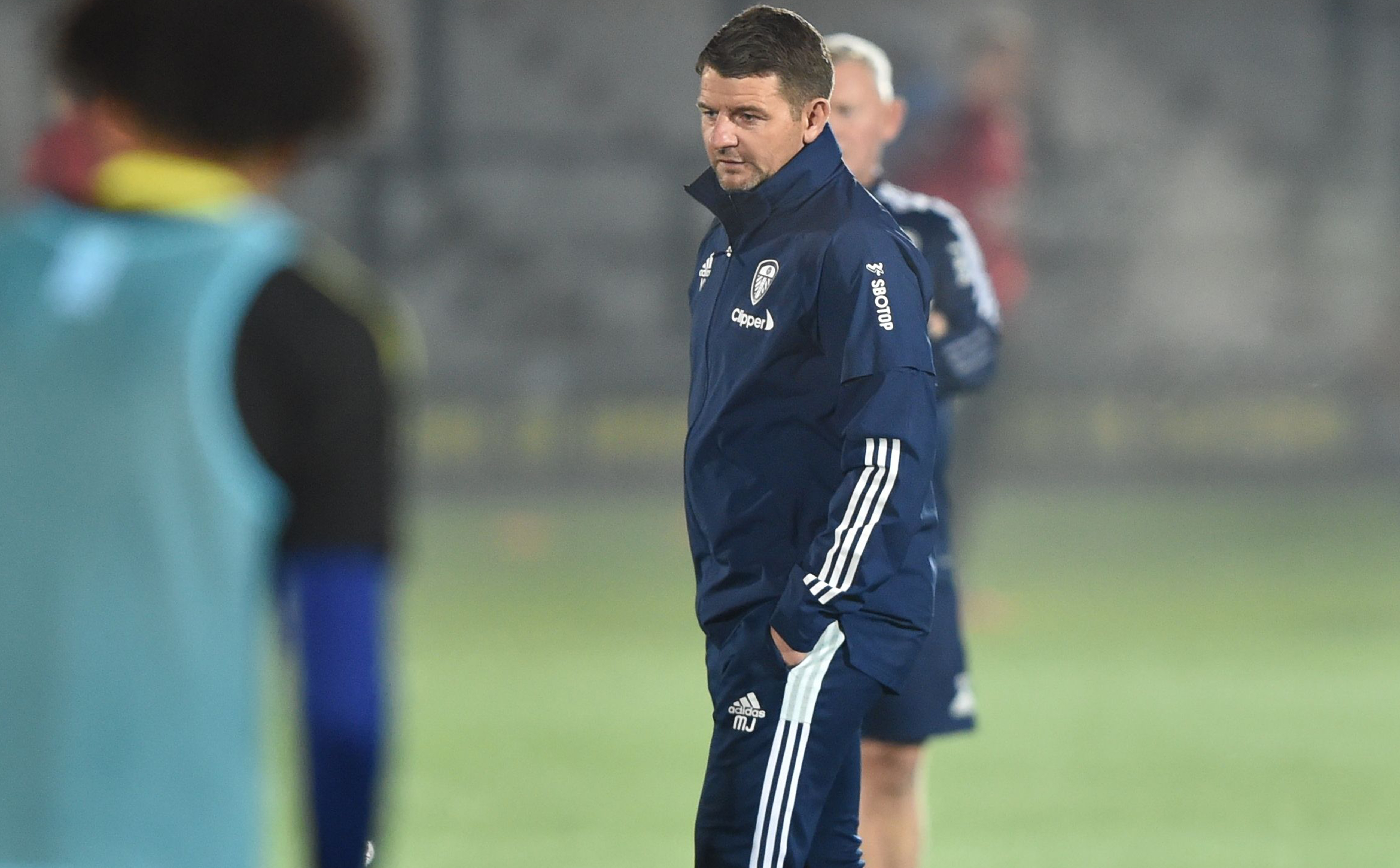 Visiting fans have been allocated a section within the easterly half of the South Stand (unreserved seating behind the goals) and may need to select the 'Change to Away' option above before purchasing tickets.

Kick-off is at 12:00. The match will not be streamed on LUTV due to broadcasting restrictions, but there will be highlights available shortly after.

We will be providing live updates right here on our blog, throughout, with a match report and reaction to follow on leedsunited.com